Well, well, well.. we never cease to learn.. today I was conducting a course for district level trainers in KK for MUET.. and I learnt so many new things... so just a short note here to clear the air...

Apparently, for report writing (question 1 in the writing paper), they don't use the terms 'overview' and 'controlling idea' anymore.. the concept and content is the same but now overview is called introduction and controlling idea is the overview. confusing but i suppose this is slightly easier to understand rather than the term controlling idea. :)

Also, I found out that contrary to what they told us the last time I went for a course, it would seem that you CAN'T write MORE THAN 200 words for Q1. Examiners have been given strict instructions to ignore every word written after that... Yikes! Now I have to review and modify all my samples for Q1 in order to conform to this new ruling. Ah well, at least I know now. Thanks Suzie for the juicy info.

I've also gotten confirmation that every single error in grammar, spelling, vocabulary and what not is deducted in the listening paper.. and examiners don't even award half marks, therefore it's either 1 mark or 0.

Anyway, tomorrow is the second part to this 2 day course. I'll upload some pics later. Have a nice week everyone!
Posted by Audrey Wiles at 5:28 AM 15 comments:

The week that was.. SMK Inanam & UiTM MUET Seminars

Was a really hectic week thus far. I started it off with a MUET seminar in SMK Inanam, thanks to Mainie and Suzana for inviting me. If you didn't know, I first started working at this school and you can imagine what fun it was to see and chat with all my ex-colleagues. :) Was a great time and I hope the students enjoyed my talk. 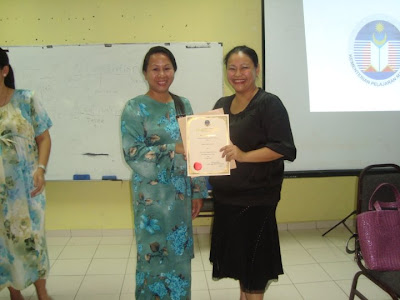 Then I rushed over to present the Reading Component workshop at UiTM from 10am to 1pm at the KK campus and the crowd was extremely good and cooperative. The reading workshop with sample questions from past year exams were a hit going by the responses from the students. If you're a UiTMn student reading this now, I'm happy to have helped you and I hope you'll explore the archives of my blog to read up about MUET. Good luck to everyone! 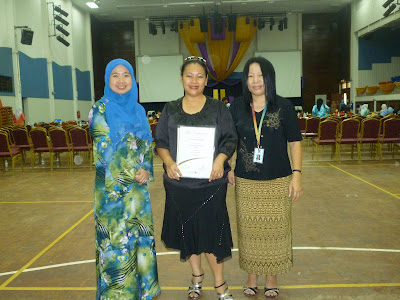 Thanks to Suzie and team for inviting me for my third seminar here.. may we have a long lasting professional and personal relationship. 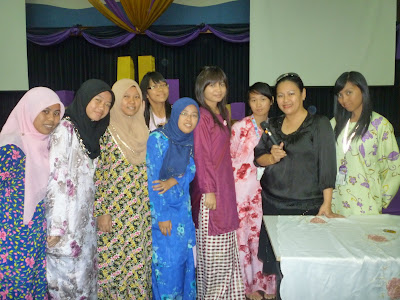 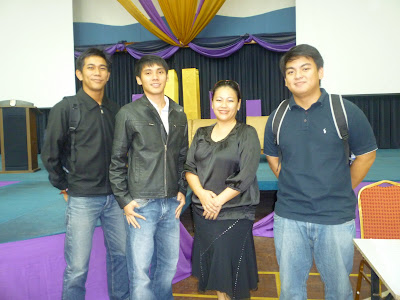 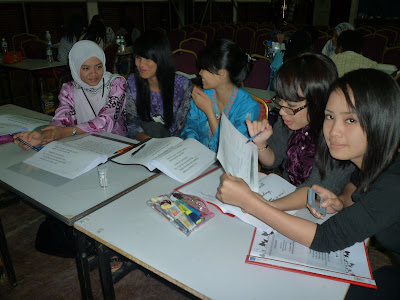 Workshop style for teaching reading comprehension. I've received some feedback pertaining teaching reading by other MUET teachers. I'll detail how to do this best in the next blog entry. At the end of the day, the onus is on the teacher to be creative, adopt or adapt, and the students to read, read and read some more!
Happy teaching and learning everyone! :) 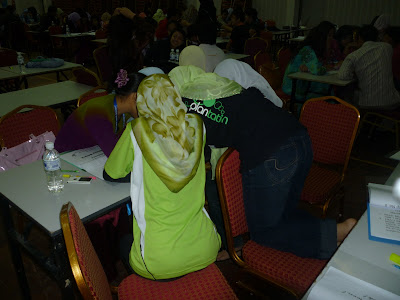 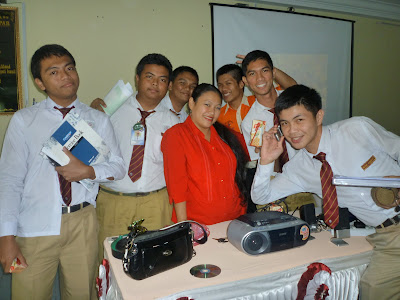 My bunch of crazies! hehe.. but I love them all! 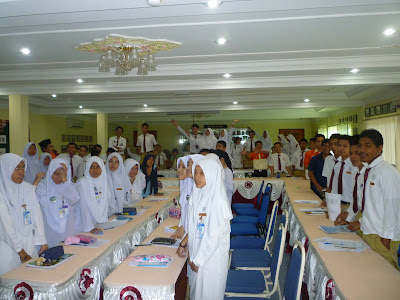 Notice the plaster ceiling, downlights and chandelier in my school's meeting room.. haha.. not even in KK but million times more posh! Hidup Majakir! Here you can see the kids enjoying the karaoke session 'I believe I can fly' at the end of my seminar. :) 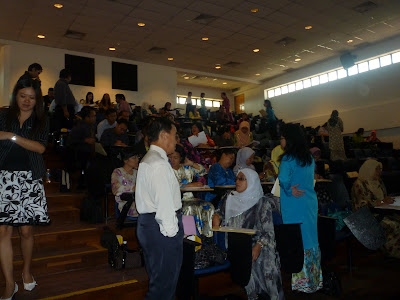 Here the teachers from all over Sabah have come to 'THINK' for our tank. ;-) English Teachers Unite! 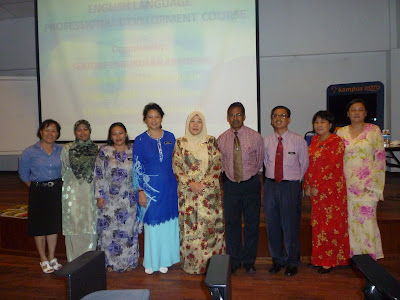 Sabah Think Tank Exco Members .. thanks Pn Hjh Nuri & Pn Jenifah from SPA for empowering me to empower others. 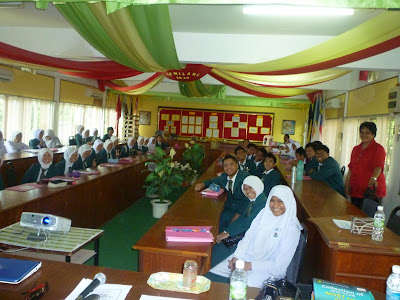 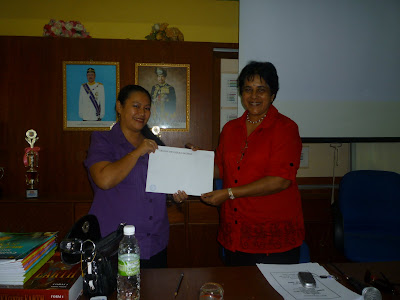 Thanks for having me, Pn. Haribala & Pn Balvinder... for inviting. ;-)

As you can see, I've been super busy and the cog is still spinning as we speak. :) So far, I've presented a MUET Seminar in SMK Putatan last week, and created the module for the Sabah Think Tank English Language Task Force which I presented at a full day seminar in KK Highschool for English language teachers all over Sabah, some as far as Nabawan.
You can see from the uploaded video clips below the MUET seminar I did yesterday at my own school. It's very rewarding when students come up to me and thank me for teaching them. My eyes actually watered when I read a post in facebook where my student said: "I love MUET". This came from a student who at the start of this year was completely freaked out about the whole subject. Hehe..
Next week I'll be presenting in SMK Inanam and UiTM on the same day. It's a lot of hard work and travelling but I have to admit that I do it because of the joy it brings me. Not the glamour mind you, but the reaching out to help those who need my help most. :)
Anyway, Lydia (thanks, dear!) has kindly agreed to share the essay she has written which I have reviewed using Microsoft Word (the review application is soooooo cooool!!! I can't believe I just found it!!!!) Anyone who would like to read it please email me at queendrey@gmail.com. If anyone knows how I can upload documents onto this blog.. pls let me know.. I'm savvy but apparently not that savvy. Hehe.. cheers ya'all!
Posted by Audrey Wiles at 10:49 PM No comments:

Posted by Audrey Wiles at 6:59 PM No comments:

Posted by Audrey Wiles at 6:58 PM No comments:

TQ for Being Visitor No:

Audrey Wiles
Papar, Sabah, Malaysia
a homemaker, an English language specialist and a semi-pro baker.. haha.. what a combination!